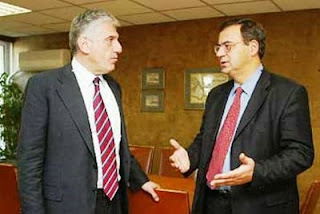 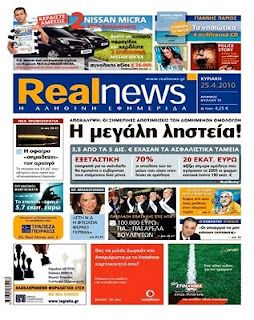 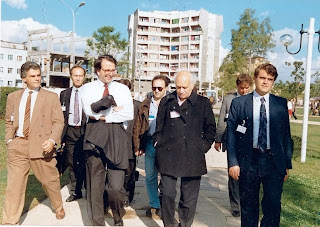 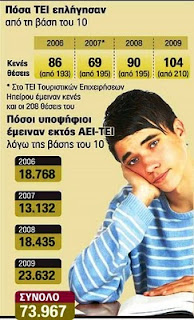 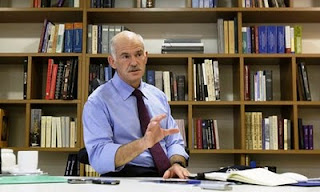 George Papandreou, Greece's hard-working prime minister, relishes a battle. Which is just as well – in the six months since the socialist modernizer assumed power, the country has lunged from crisis to crisis, its economy teetering on the verge of bankruptcy, blighted by debt and crippling borrowing costs.

But for Papandreou, whose approval ratings have hardly dipped despite draconian austerity measures more redolent of a right wing government, the crisis – Greece's worst in modern times – is not all negative.

Instead, it has afforded a golden opportunity for the 57-year-old to push ahead with a radical programme of reform that will, he hopes, change the way Greece works and the way its people think. It has also offered a unique chance for the US-born son and grandson of former Greek premiers finally to prove his mettle.

"A lot of other people would have buckled under the pressure but George thrives in crisis, he has a deep calmness about him that is almost unrivalled," says a leading member of his inner circle.

Even Papandreou's fiercest critics concede that with the economic turbulence not only shaking the body politic of Greece but threatening the EU and single currency, the country has been lucky to be led by someone who exudes an undeniable coolness under fire.

Greeks who would never have voted for his Panhellenic Socialist movement, Pasok, have been surprised by his stamina. Since the crisis erupted, the leader, who also doubles as the country's foreign minister, has clocked up more than 66,590 air miles – the equivalent of three trips around the world – in an unprecedented diplomatic drive to shore up Greece's battered credibility.

His Herculean efforts have not been without reward. Concerns over the Greek economy may not have abated but in the corridors of power, and most noticeably in Brussels, the climate has changed.

Newspapers that once made a point of highlighting his grammatical slips – Papandreou's mother is American and he is more comfortable speaking English than Greek – have replaced rudeness with reverence. No longer is he portrayed as a well-meaning but ineffectual politician. Even those who insisted on calling him Giorgakis, "little George", have been silenced as the perception grows that it is Papandreou's deft diplomacy and determination that have thus far averted fiscal collapse.

"It often feels with George as if you are in the presence of a wise foreign policy Socrates gently disentangling knotty difficulties," says Denis MacShane, the UK's former minister for Europe. "He is very calm and sees problems as something to be solved not shouted about. He's honest and has a first-rate reputation. Many would have been very happy if he had been available to be Europe's foreign minister."

It wasn't always so. Until his Pasok party's landslide victory last October, Papandreou was admired abroad where his consensus policies, global outlook and quiet determination invariably won plaudits. But at home, his breezy cosmopolitanism, penchant for English-speaking aides and fanatical fitness regime jarred with Greeks.

The son of the fiery Andreas Papandreou, a three-time prime minister who founded Pasok out of an anti-junta movement that mixed socialist rhetoric with heady nationalism, the non-dogmatic George could not be more different. A charismatic leader who headed the economics department at the University of Berkeley in California for years, Andreas openly taunted the west, creating a chaotic, state-dependent economy that spawned fiscal mismanagement – now seen as the source of many of the country's ills.

Papandreou's coolness is attributed to his violent induction into the world of politics. Barely a teenager, he felt the cold muzzle of a pistol being placed at his temple when the secret police, in hot pursuit of his father, stormed the family home in Athens within hours of the 1967 Colonels' coup.

"He is deeply intuitive," said the close aide. "Perhaps because he grew up in a political environment he is incredibly attuned. He can smell an atmosphere."

It is his peripatetic childhood – he was raised in the US, Sweden, Canada and the UK – that has, say friends, given him the distance to look at Greece with a detachment that is rare among his bickering Balkan compatriots. Also a fluent Swedish speaker, Papandreou has publicly said he would like nothing more than to see his country become the Denmark of the south.

Briefing his EU counterparts in Brussels last year, he spoke not only of Greece's endemic problem of corruption but chose to expose its ills to an extent that was painful to hear – revealing that alongside a debt to GDP ratio of 120%, the budget deficit was over four times the permissible 3% EU level.

"He's probably the most westernised PM, culturally, Greece has had in recent times," said Professor Kevin Featherstone, who heads the Hellenic Observatory at the London School of Economics.

"His instinctive reference points are international."

Papandreou is acutely aware that, ultimately, the crisis could make or break him. He also knows that nothing short of a revolution will reform Greece.

If he pulls it off, he will go down as the man who oversaw the rebirth of his country – a statesman on a scale bigger than his namesake grandfather who oversaw Greece after the Second World War.
Αναρτήθηκε από alzap στις 8:58 π.μ. 11 σχόλια: 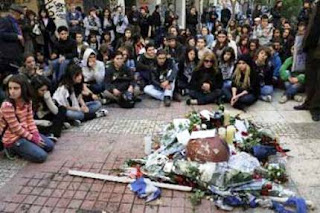